In support of its mission to promote the success of small businesses, the Small Business Advocacy Council (SBAC) will host its 10th Annual "Small Business Pitch Throwdown" event on December 2, 2021!

This is an incredible opportunity for entrepreneurs to pitch their products or services before a panel of distinguished judges and in front of a LIVE audience, generating awareness in the market and pursuing their company’s continued growth.

If you are an emerging business with a story to tell, please click below for more details on how to apply.

Membership to Spring Accelerator Cohort for founders (up to 2 seats)

Winner is eligible to choose any cloud package up to a Silver Tier III Bundle or equivalent custom build (estimated value of approximately $1,600) that includes:

Up to 10 hours of advisory cloud engineering consultation (estimated value of up to $1,000) to help scope need, identify appropriate resources, and build a cloud environment that will support the winner’s business goals

*Note: Awarded services do not include costs that may be incurred beyond the provided package such as bandwidth overages beyond included bandwidth.

*For all participating entrepreneurs: $500 off any in-studio video production 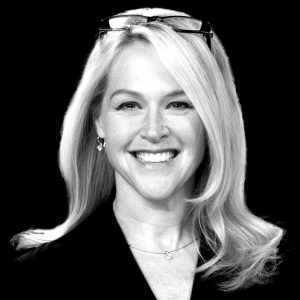 Kristi Ross, Co-Founder, Co-CEO & President of tastytrade has been in the fintech and trading industry for more than 30 years. Kristi is the Co-Founder of original dough, a visual front- end trading technology platform launched in 2014, which was ultimately combined with and rebranded when the team launched their own online brokerage firm tastyworks in 2017. Kristi serves as Executive Board Member of tastytrade and is Chairman of tastyworks. She also co- hosts the show Bootstrapping in America, where she interviews innovative entrepreneurs. Kristi is passionate about empowerment of do-ers, self-directed investors and entrepreneurs.

Previously, Kristi was the CFO of thinkorswim Group as a private company, where she led numerous mergers, acquisitions and integration including thinkorswim’s acquisition by TD Ameritrade for $750M in 2009. Prior to thinkorswim, she was CFO of Automated Trading Desk Specialists, a stock specialist on the Chicago Stock Exchange. Kristi has held positions in public accounting, specializing in financial services industry clientele including traders, proprietary firms, market makers, specialists, discount brokerage and advisory firms.

Kristi has been honored as Entrepreneur of the Year by Ernst & Young, the IL Tech Assoc, CityLights’ Prominent Tech Woman, the Moxie Awards’ Woman in Tech, James Haugh Award and has been named to Innovate Finance Global Women in Fintech Powerlist, Crain’s Chicago’s Tech 50, the Techweek 100 list, Chicago Business Journal’s Women of Influence list and Midwest Women in Tech Award. She has spoken at many technology events and has been featured by prominent publications such as Fortune, Chicago Tribune, and Crain's Chicago.

Kristi is an active board member of companies in the banking, trading, technology and finance industry. She has actively participated as a member of the ChicagoNEXT Fintech Council of World Business Chicago, P33 Technology Initiative and Co-Chair Capital & Finance Committee, Executive Committee board member of CEC/1871, Economic Club of Chicago member, The Chicago Network member and The Commercial Club member. Her philanthropic passions include Midtown Educational Foundation, Rock the Street Wall Street, entrepreneurship, overall financial literacy and the importance of physical fitness.

OUR PANEL OF JUDGES

Ryan Leavitt is a life-long entrepreneur - he is passionate about identifying and trying to solve big problems, and is obsessed with building highly productive teams. He is currently the Co-founder and CEO of Pillar Booth, a high growth office phone booth company that is taking an innovative approach to sales and marketing in the commercial furniture space. Ryan was previously the Co-founder at both LearnCore (acquired by Showpad) and Catapult Chicago (acquired by 1871), where he still sits on the board.

Allison Lechnir is a Partner at Hyde Park Venture Partners, a pre-seed to Series A venture fund that focuses on companies building in the mid-continent. Allison joined HPVP in 2019. Earlier in her career, she ran business operations at Civis Analytics, was a failed founder of a police HR analytics company, and helped re-design enrollment at Healthcare.gov while a consultant at Accenture. She has an MBA/MPP from the University of Chicago and a BS in Materials Science from Northwestern University.

Mookie is a serial entrepreneur, investor, and partner of multiple fast casual restaurant concepts in the Chicagoland area including Fresh Stack Burger and Poke Bowl Co., an independent third-party partner of Whole Foods Market. Mookie is a strategist; being a former contestant of the award-winning reality TV show, Survivor, wasn’t his only shot at strategy. His experience formulating & executing strategy and operations includes operating small to large organizations across multiple industries. His extensive experience and passion for building various startup companies in finance and technology stems from his background in finance & management consulting, and being an alumnus of the Silicon Valley seed accelerator, Y-Combinator. Mookie holds a B.S in Actuarial Science and Finance at University of Illinois – Urbana Champaign.

Renata Merino is a 25 year operator, former investment banker, Chicago Booth merit scholar and Latina Serial entrepreneur turned investor.  Renata has built several startups, advised hundred of founders and has a strong foundation in tech innovation and operations. She invests in early stage female founded startups primarily in health, wellness, fitness and sports tech.  In 2014, she launched a community of female founders called Blazin Babes that advises women on career transition and startup innovation.  Renata has been featured in the media on topics including women empowerment, networking and the importance of diversity in all industry sectors including venture capital. Renata is a mom of 2  children, former athlete and you can most often find her running fast and lifting heavy in her early morning 5AM HIIT class.

In June 2016, Rendel started the initiative One Stock One Future (OSOF) to turn one million youth into public company shareholders. OSOF uses workshops to expose young people to stocks, then purchases gift certificates for public company stocks so that each student can open their first investment account.

Rendel obtained his BS in Electrical Engineering from Tulane University and his MBA from Columbia Business School.

If you need assistance in purchasing a sponsorship, please contact Patti Zikmund at patti@sbacil.org. 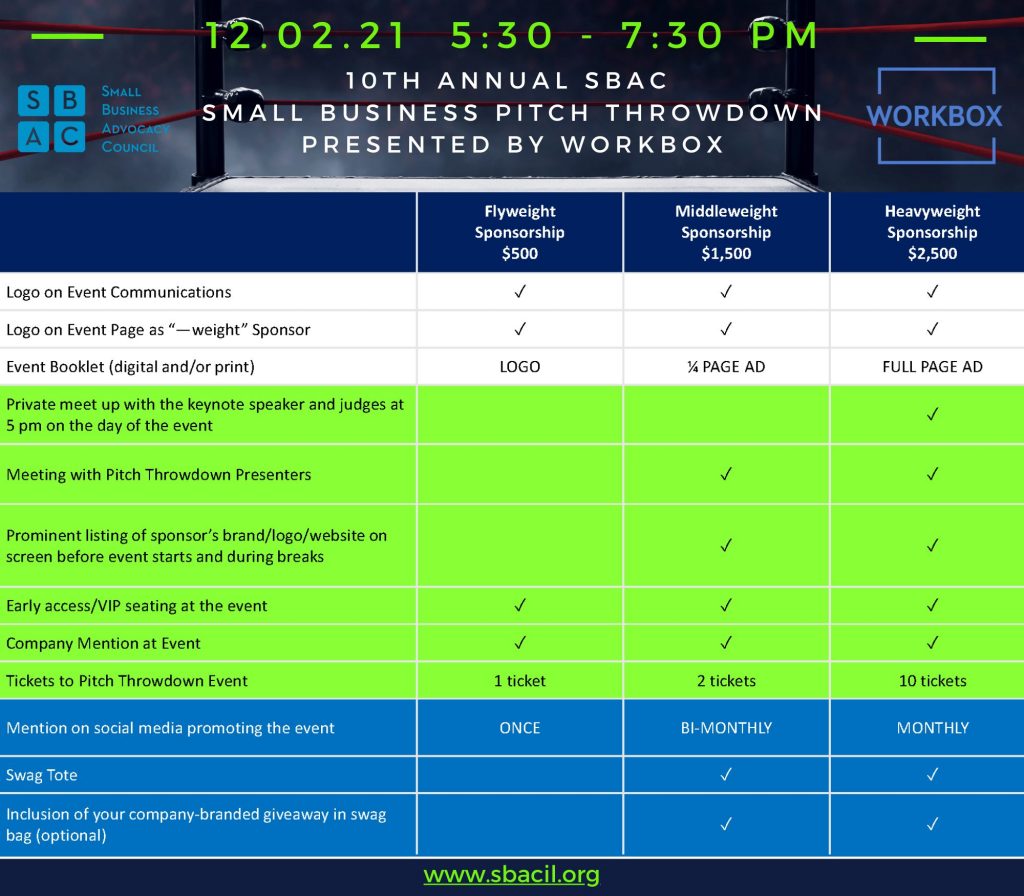 Starting Your Own Business - US.gov Expand

Starting Your Own Business

What entrepreneurs need to do to grow their business Expand

What entrepreneurs need to do to grow their business

Are you innovative enough for the post-pandemic era? Expand

Are you innovative enough for the post-pandemic era?

Thank you to all the wonderful committee members whose hard work and dedication made this event possible! 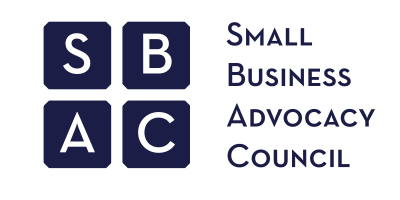 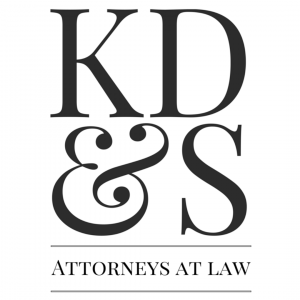 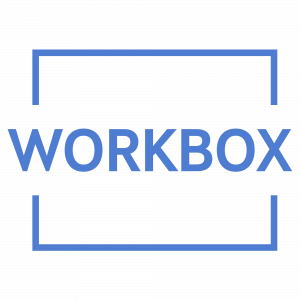